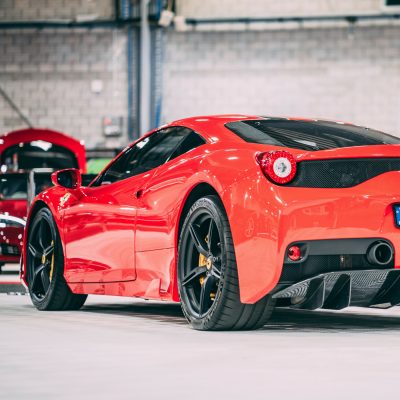 Despite the fact that ECU remapping is one of the fastest and safest ways to tune your vehicle and release all the hidden performance from your engine, there are still numerous things that could go wrong if the process is performed by an untrained person. Since all modern car heavily rely on engine management and various other electronic systems, changing the settings and remapping the car asks for a high degree of accuracy and knowledge. The problems with unprofessional remapping can be numerous and we have listed the most common:

Since the settings of the ECU are changed, the car’s diagnostic system can read it as the engine failure and constantly keep the check engine light on. In some cases, it can even put the car into safe mode, limiting its performance and revs for no obvious reason.

The main goal of ECU remapping is to achieve better performance, more power, and torque. However, if an untrained person tries to tune the engine and fiddle with the settings, sometimes the result can be pretty disappointing and the owner of the car will not feel any performance upgrade. There is an alarming number of business who use a customers car to experiment on. This is one reason it is often safer to stick with known tuning companies who have successfully tuned many vehicles.

Since modern diesel engines are among the best starting points for successful ECU remapping, lots of people are tempted by the prospect of more power and torque and even better fuel economy. However, if an amateur performs the engine remapping on a modern and highly sophisticated diesel engine, sometimes the result is thick black smoke and problems with DPF filter which can be costly to sort out. Often, an inexperienced tuner may not understand the full array of parameters that need to be adjusted which can lead to this frustrating issue.

The professional ECU remapping outfits use the latest and best software for the job which guarantees to enter all of the car`s settings and be perfectly suited for a specific model and make. On the other hand, back street mechanics use suspicious software without any technical backup which can damage the car`s computer system. Continued investment in the latest tools and training sets the professionals apart and is often a factor in the difference in cost between a major company and an unknown tuner.

This is true and once you have remapped your car it will be visible to the skilled technician that the engine`s factory settings have been altered to achieve better performance. However, if the job is done properly, the footprint will not cause problems and all official tuning shops offer to return the car to full factory spec if the owner is not satisfied with the results.

One of the most common mistakes of all amateur tuners is to push the engine to its limit. It is pretty easy to set the engine to deliver much more than the factory power ratings but it will put enormous stress on engine`s internals, fuel economy will suffer, engine`s components will fail and the engine will ultimately give up. You definitely don’t want that and professional remapping will give you significantly more grunt while still keeping the fuel economy and preserving the engine.